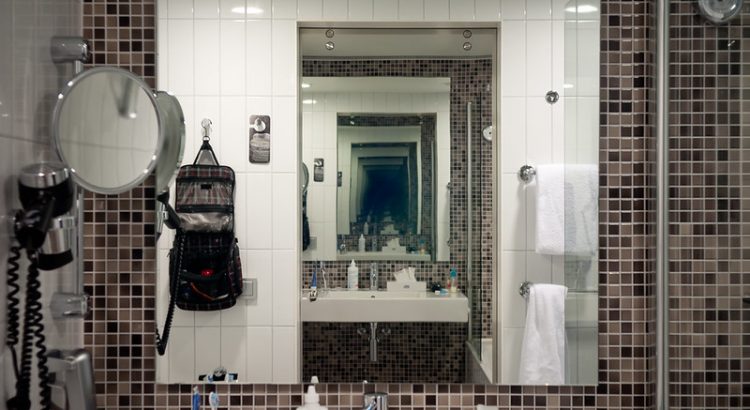 Hello bold traveller! I recently got into a discussion with someone about how I put content into my blog and I realised that people don’t write this stuff down enough!

At the end of this post, I’d expect you to be able to use this information to be able to create your own, similar stack. If you don’t have the technical knowledge to be able to do so, you should at least have the pieces of information to ask someone else to help you build it. While I’d be flattered if you asked me for similar advice, I’m afraid I have limited time for new projects, even consultancy ones, and all I can do is point you back to this blog!

That said, consider this a bit of the “making the sausage” that most people don’t tend to share! 😀

The Blog itself – WordPress

If you don’t want to run WordPress, for whatever reason, there are lots of other options (I also particularly like Jekyll, for example)! Many of the things I do, however, rely on the fact I’m using WordPress, so your mileage is likely to vary if you’re using the rest of this blog without WordPress.

Once I’d got my blog installed, I turned on several features to help me with my blogging, to protect my site, and to connect my blog to my various social media platforms. Key ones are highlighted below. The plugins I installed were:

There are other plugins, but these are the main ones I’m conscious of being “part” of my site.

After getting the plugins I wanted installed, I changed the theme on my site. I decided that I didn’t need to make this site super-complicated from a theming perspective. I found “Sparkling” from Colorlib, and adopted that as my theme of choice. It is licensed under a permissive license, which I liked :)

I set the colours to #DADADA (a dark-ish grey) for headers and #F2F2F2 (a lighter grey), as these are nice and straightforward. Hopefully won’t cause too much eyestrain!

I added a “Contact Me” menu at the top of the screen, to which I added links to my email address, social media and coding platforms, and so on. And then I added my “sidebar” widgets.

These widgets are drawn either from WordPress native controls, or from several of the plugins. These are:

So, I now have my blog running the way I want it. Fab! On to the next piece of the puzzle. TT-RSS.

Back in the mists of time, I used Google Reader, a free service from Google that collected “the news” from lots of sites I read. In 2013, Google shut down Reader, and I found Tiny Tiny RSS (abbreviated to TT-RSS) as a service I could host to replace Google Reader.

A short while after finding TT-RSS, I noticed that TT-RSS had a feature which allowed you to subscribe to an RSS feed of posts you’d shared (Press the “

” button, select “preferences”, choose the “feeds” tab, and select “Published & shared articles / Generated feeds”, then press “Display URL” – this is your private RSS feed). “I don’t know how to use this” (I thought), but I added it as a side-bar to my blog.

A little while later, I found a “Javascript Bookmarklet” (basically, a bookmark for your browser which runs a short script in your browser), that lets you “publish” arbitrary web links to TT-RSS (Press the “

” button, select “preferences”, choose the “feeds” tab, and select “Bookmarklets”, and drag the button “Share with Tiny Tiny RSS” into your bookmarks bar)… Hmm, this is starting to come together a bit now!

Wiring it together – IFTTT

I’d used Yahoo Pipes for some projects in the past, and when that shut down in 2015, I started looking for alternatives. Honestly, I still dearly love Pipes, but shrug that’s Yahoo for you! I found two products – Zapier and “If This Then That” (abbreviated to IFTTT). Zapier became very expensive for what I was using it for at the time (I think I was trying to use it in Home Assistant for something), but IFTTT seemed much more flexible, and over time, became much more useful to me.

Late edit – 2021-01-08: At the end of 2020, IFTTT finally gave up and started charging for the “Free” account when you have more than three actions. As I wanted to do something more with it, I looked for, and found Huginn to replace some of this. I’ve not updated this blog post, but may do later, or I may write some other content about how I use Huginn.

Late edit – 2019-12-16: I was asked about link shortening. By default, IFTTT turns on a link shortener “ift.tt”. This makes it a bit tricky to do some of the wiring together below. You might instead want to turn that off, as all the platforms that I share to, do their own link shortening… If you want to, it’s under “Account” (where your avatar icon is at the top of the screen), and then look for “URL Shortening”.

Using the TT-RSS Published Feeds page, I used IFTTT’s “Create” button (which is frequently hard to find), to create a blog post with WordPress when a new RSS post is published. It doesn’t happen immediately, I think the RSS feeds are polled every 30 minutes or so, but as I’m not a news generating machine, that’s not too bad. Here’s my workflow for this.

IFTTT uses the analogy of cooking for their “That” things. Clicking on “Add ingredient” allows you to select values directly from the “This” side of the tool. The values specified here are (where things marked {{ somevalue }} are an “ingredient”, but if you copy and paste this text in, will re-render into the grey boxes you see in the picture above):

So, why these values?

Well, originally, this recipe would automatically post my RSS feed sourced content, and then I’d go back later and fix things. The down side to this was that I’d “hit the button” on something, and then never go back and tweak things. By putting the “automatically posted” comment in there meant I’d have the option to change things, but I later turned that into a draft so I didn’t have to “think” about it. I’d have to do a manual step to fix things first and then publish. I think it works out better all around.

I also wanted to make it clear that these were not my posts. I stress that in “One to read” (the first words of the title and body), and “recommended content” (the category I’m selecting).

Also, at some point in the past, I had a plugin that would especially format IFTTT supplied posts, so that they’d show clearly that they came from an external source. This isn’t that useful so “IFTTT-From-RSS” became “From RSS”, etc.

So, this gets me from RSS feed to Blog Post. How about Blog Post to Social Media? Well… this one is much more tricky.

I post from WordPress to Linked In using the WP Linked In Auto Publish plugin, because IFTTT hasn’t developed a dedicated Linked In service, after Linked In revoked their connection. Face Book only lets you publish to a “Page”, and well, this is my personal blog posts, so that would mean having a “Jon Spriggs’ Page” on Facebook, which I can do, but ugh, is complicated and rarely do I have someone follow my on Facebook that is interested in my geeky posts (and if there’s one I want to share, I can manually create the same sort of post I’ve made on Linked In)…

What else is there?

This one is pretty simple actually. Follow the same steps as the RSS ➡ Blog above, but you’re using a category or tag RSS url from your blog as the “This” side, and Twitter as the “That” side. I have a category called “post-review-to/review-twitter”, so my RSS feed is: https://jon.sprig.gs/blog/post/category/post-review-to/review_twitter/feed. You might instead want to use a tag, as they’re less visible (theme depending) or a less wordy name (like perhaps to-twitter?) Either way, create the category or tag, then use this format: http(s)://base.url/for.your.site/post/<category|tag>/<name>/feed. The Tweet part for me is: I reviewed someone else's content: "{{EntryTitle}}" {{EntryUrl}}

If you wanted to use a service like Mastodon, which I don’t, you might want to follow this guide on “How to Post on Mastodon From Anything Using IFTTT“. That said, I don’t use Mastodon (I fell out with the “Fediverse” after identi.ca’s collapse).

I do share stuff from my blog on SSB, using ssb-bot-feed and ssb-server, but that’s a whole separate kettle of fish, and I’m still not entirely sure I’m doing it right! 😀

Anyway, that’s my “blogging” engine story. I hope you enjoy it.

Featured image is “Infinite Mirror” by “Luca Sartoni” on Flickr and is released under a CC-BY-SA license.