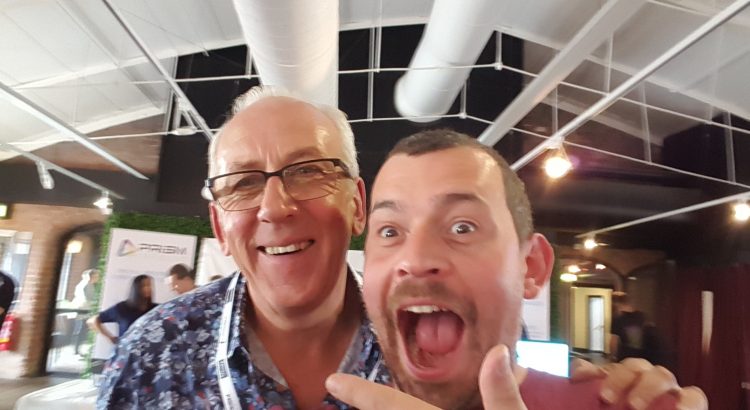 I had the privilege today to attend BSIDES Liverpool 2019. BSIDES is a infosec community conference. The majority of the talks were recorded, and I can strongly recommend making your way through the content when it becomes available.

Full disclosure: While my employer is a sponsor, I was not there to represent the company, I was just enjoying the show. A former colleague (good friend and, while he was still employed by Fujitsu, an FDE – so I think he still is one) is one of the organisers team.

The first talk I saw (aside from the welcome speech) was the keynote by Omri Segev Moyal (@gelossnake) about how to use serverless technologies (like AWS Lambda) to build a malware research platform. The key takeaway I have from that talk was how easy it is to build a simple python lambda script using Chalice. That was fantastic, and I’m looking forward to trying some things with that service!

For various reasons (mostly because I got talking to people), I missed the rest of the morning tracks except for the last talk before lunch. I heard great things about the Career Advice talk by Martin King, and the Social Engineering talk by Tom H, but will need to catch up on those on the videos released after.

Just before lunch we received a talk from “The Chief” (from the Channel 4 TV Series “Hunted”), Peter Bleksley, about an investigation he’s currently involved in. This was quite an intense session, and his history (the first 1/4 of his talk) was very interesting. Just before he went in for his talk, I got a selfie with him (which is the “Featured Image” for this post :) )

After lunch, I sat on the Rookies Track, and saw three fantastic talks, from Chrissi Robertson (@frootware) on Imposter Syndrome, Matt (@reversetor) on “Privacy in the age of Convenience” (reminding me of one of my very early talks at OggCamp/BarCamp Manchester) and Jan (@janfajfer) about detecting data leaks on mobile devices with EVPN. All three speakers were fab and nailed their content.

Next up was an unrecorded talk by Jamie (@2sec4u) about WannaCry, as he was part of the company who discovered the “Kill-Switch” domain. He gave a very detailed overview of the timeline about WannaCry, the current situation of the kill-switch, and a view on some of the data from infected-but-dormant machines which are still trying to reach the kill-switch. A very scary but well explained talk. Also, memes and rude words, but it’s clearly a subject that needed some levity, being part of a frankly rubbish set of circumstances.

After that was a talk from (two-out-of-six of) The Beer Farmers. This was a talk (mostly) about privacy and the lack of it from the social media systems of Facebook, Twitter and Google. As I listen to The Many Hats Club podcast, on which the Beer Farmers occasionally appear, it was a great experience matching faces to voices.

We finished the day on a talk by Finux (@f1nux) about Machiavelli as his writings (in the form of “The Prince”) would apply to Infosec. I was tempted to take a whole slew of photos of the slide deck, but figured I’d just wait for the video to be released, as it would, I’m sure, make more sense in context.

There was a closing talk, and then everyone retired to the bar. All in all, a great day, and I’m really glad I got the opportunity to go (thanks for your ticket Paul (@s7v7ns) – you missed out mate!)