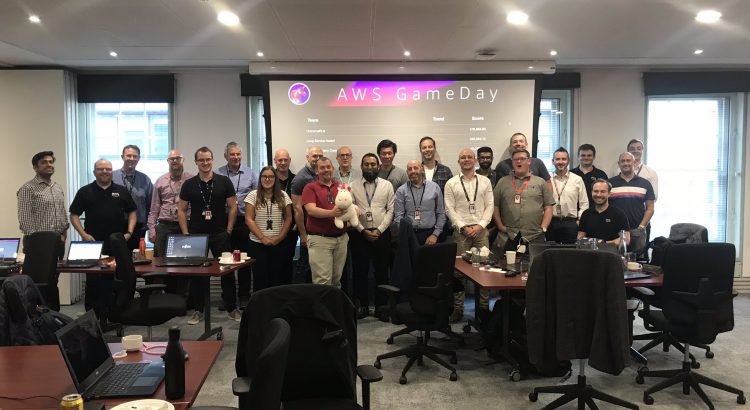 I was invited, through work, to participate in an AWS tradition – the AWS Game Day. This event was organised by my employer for our internal staff to experience a day in the life of a fully deployed AWS environment… and have some fun with it too. The AWS Game Day is a common scenario, and if you’re lucky enough to join one, you’ll probably be doing this one… As such, there will be… #NoSpoilers.

A Game Day (sometimes disambiguated as an “Adversarial Game Day”, because of sporting events) is a day where you either have a dummy environment, or, if you have the scale, a portion of your live network is removed from live service and used as a training ground. In this case, AWS provided a specific dummy environment “Unicorn.Rentals”, and all the attendees are the new recruits to the DevOps Team… Oh, and all the previous DevOps team members had just left the company… all at once.

Attendees were split into teams of four, and each team had a disparate background.

The environment we were working on was, well, relatively simple. An auto-scaling web service, running a simple binary on an EC2 instance behind a load balancer. We extended the reach of services we could use (#NoSpoilers!) to give us greater up-time, improved responsiveness and broader scope of access. We were also able to monitor … um, things :) and change the way we viewed the application.

I don’t want to give too many details, because it will spoil the surprises, but I will say that we learned a lot about the services in AWS we had access to, which wasn’t the full product set (just “basic” AWS IaaS tooling).

When the event finished, everyone I spoke to agreed that having a game day is a really good idea! One person said “You only really learn something when you fix it! This is like being called out, without the actual impact to a customer” and another said “I’ve done more with AWS in this day than I have the past couple of months since I’ve been looking at it.”

And, as you can probably tell, I agree! I’d love to see more games days like this! I can see how running something like this, on technology you use in your customer estate, can be unbelievably powerful – especially if you’ve got a mildly nefarious GM running some background processes to break things (#NoSpoilers). If you can make it time-sensitive too (“you’ve got one day to restore service”, or like in this case, “every minute we’re not selling product, we’re losing points”), then that makes it feel like you’ve been called out, but without the stress of feeling like you’re actually going to lose your job at the end of the day (not that I’ve ever actually felt like that when I’ve been called out!!)

Anyway, massive kudos to our AWS SE team for delivering the training, and a huge cheer of support to Sara for getting the event organised. I look forward to getting invited to a new scenario sometime soon! ;)

Here are some pictures from the event!

The featured image is “AWS Game Day Attendees” by @Fujitsu_FDE.